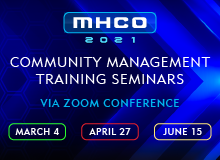 The Fair Housing Amendments Act (FHAA) went into effect on March 12, 1989.  That Act amended Title VIII of the Civil Rights Act of 1968, which prohibited discrimination based on race, color, religion, sex or national origin in the sale, rental, or financing of residential housing.  The FHAA added two additional protected classes; (1) persons with disabilities and (2) families with children.  Children include persons under the age of 18 years.

The Fair Housing Amendments Act (FHAA) went into effect on March 12, 1989.  That Act amended Title VIII of the Civil Rights Act of 1968, which prohibited discrimination based on race, color, religion, sex or national origin in the sale, rental, or financing of residential housing.  The FHAA added two additional protected classes; (1) persons with disabilities and (2) families with children.  Children include persons under the age of 18 years.

Virtually all forms of “familial discrimination” became illegal under the FHAA, such as the refusal to rent to tenants because they had children; imposing different terms or conditions of rental depending upon whether they had children; discouraging persons from living in a manufactured housing community if they had children, etc.

The FHAA created certain exemptions, or “safe harbors,” from the prohibition against familial discrimination.  The primary one, embraced by many manufactured housing communities, was the 55+ age exemption.  On May 3, 1999, the Housing for Older Persons Act (HOPA) became effective.  HOPA substantially relaxed the earlier highly restrictive – and unworkable - requirements initially established by the FHAA for housing providers to qualify for the 55+ exemption.   Under the FHAA and HOPA, a housing provider may now, without fear of violating the law, legitimately refuse to rent or sell to persons with families, if the provider properly qualifies under the 55+ exemption.

Currently, in order to qualify for the 55+ exemption under the FFHA and HOPA, a community must:

When the FHAA was first enacted, it imposed an additional requirement mandating that all 55+ communities must have “significant facilities and services” meeting the needs of older persons.  This requirement quickly became a stumbling block for otherwise qualified housing providers from ever obtaining the exemption.  HOPA deleted that requirement, and imposed a transition period for facilities to attempt to meet the 80% requirement.  The period began on the effective date of the law, May 3, 1999, and ended one year later.  During that transition period, HOPA permitted communities that otherwise qualified – without the “significant facilities and services” requirement – to reserve space for 55+ applicants.  This meant that during the one year period, communities could legally decline to rent or sell to families without violating the FHAA.  However, communities that tried but failed during the one year transition, were then expected to commence renting and selling to families.

However, one major question still exists:  What about communities that, for whatever reason, did not qualify for 55+ status?  This would include those that tried but failed; those that never tried because they wanted to be a family facility; or those that were unaware of the HOPA transition period in the first place.  What if today, a community already has qualified under the 80% rule, but still holds itself out as a family facility?  Assuming that it does not discriminate in any respect against the existing families, nor against all those who have applied for occupancy, may it “convert” to a 55+ community, by holding itself out as such, and otherwise meet the HOPA requirements?  This is an open – but inviting  - question.  It would seem that if the community could meet the HOPA requirements in all respects (not because it discriminated in getting there, but simply by attrition of family occupants and the influx of more 55+ residents), it should be permitted to do so.  The process would be fairly simple:  Implement a rules change, combined with new published policies and age verification procedures, which confirm the 55+ status.

One caveat:  Even though the Oregon landlord-tenant law does permit rules changes to implement material modifications in the parties’ bargain, there is a risk of possible argument by families in the community, complaining that they are now limited in the pool of available buyers for their homes.  However, it would seem that this risk could be remedied, by “grandfathering” those family residents in, thereby permitting them to sell their homes to other families.  This assumes, of course, that by doing so, the community would not jeopardize its 80%-20% ratio.  Before proceeding down this path, park owners are urged to contact their own legal counsel familiar with the FFHA and HOPA for advice and direction.

The above article is a discussion of the federal Fair Housing law governing 55+ communities.  The contents are not intended to constitute legal advice, and should not be relied upon by the reader as such.  All legal questions regarding this complicated and important law should be directed to legal counsel familiar with the area.

© Copyright 2006.  Phillip C. Querin.  No portion may be reproduced without the express written consent of the author.